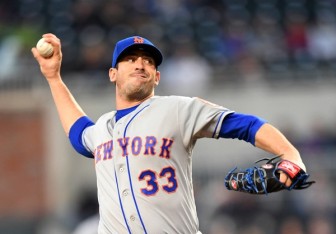 The Cincinnati Reds sent Devin Mesoraco to the New York Mets and picked up pitcher Matt Harvey. Harvey is getting a second chance, only this time with a bad team. This trade deal provided a fresh start for the two former All-Stars whose careers have been sidetracked due to injuries. Mesoraco was on the bench for first pitch by Luis Castillo, as he was originally supposed to catch. When he walked into the New York clubhouse, he was still wearing his Cincinnati Reds socks as attendants were sewing his name on the back of his Mets uniform. Mesoraco had described his experience as surreal.

END_OF_DOCUMENT_TOKEN_TO_BE_REPLACED 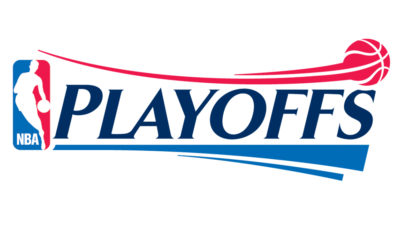 In the first round of the playoffs we started with 16 teams, 8 teams from each conference. The teams who made it through in the Eastern Conference were the Toronto Raptors, who face the Washington Wizards. This series went END_OF_DOCUMENT_TOKEN_TO_BE_REPLACED 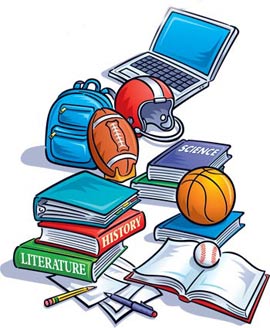 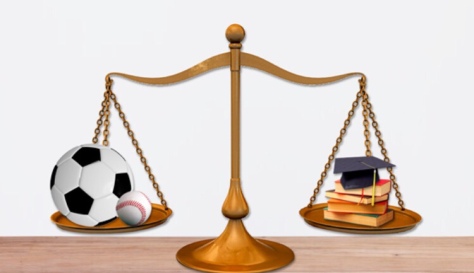 Do you ever just get tired from going to school and then a sport right after? Sometimes you feel like you don´t want to do homework when you get home because of exhaustion. Balancing your school work, personal life and your athletic commentment can be overwhelming and exhausting. Learning out how to manage everything can result in clearing stress and enjoying your highschool experience rather than dreading it. Success in both sports and academics comes down to working hard and and balance. END_OF_DOCUMENT_TOKEN_TO_BE_REPLACED

Buzz has been going around about colleges not paying their athletes. A couple of years ago in 2014, college athletes and fans around the U.S. tried to get colleges to pay the players. Even video game fans wanted the athletes to get paid for their work. What do you think should happen with the college and their athletes? Should they get paid or should they just be happy that they are playing their dream sport. 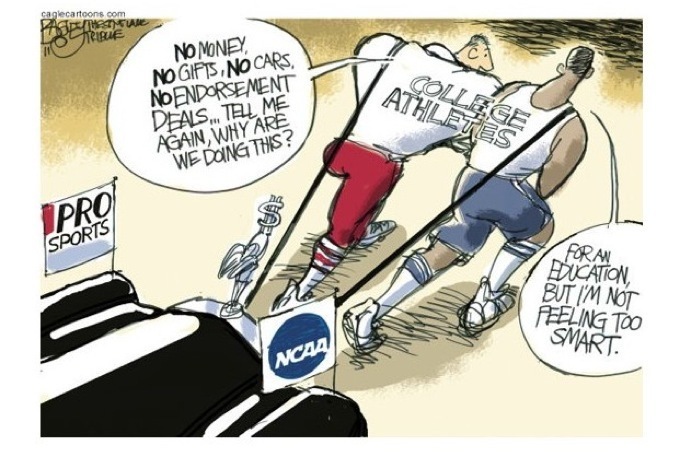 The NCAA not paying their athletes has rose to the surface in this past year. This isn’t any new news, This has been brewing in the media for years now. It all started back in 2014 when the NCAA games stopped producing products. People were getting mad from all the money the colleges and game companies were making while t END_OF_DOCUMENT_TOKEN_TO_BE_REPLACED 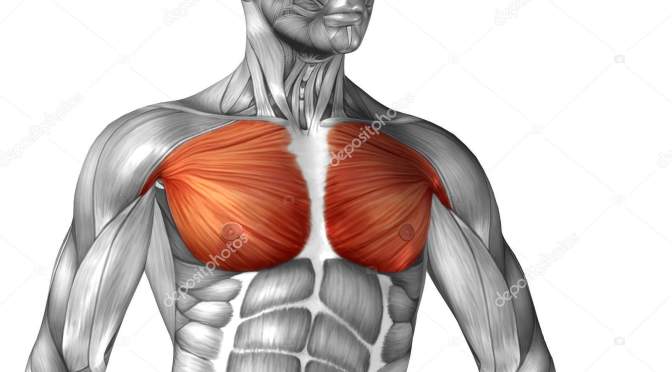 Summer is right around the corner and to get the best summer body, you will need to work out your pectoral muscles. Your pectoral muscles/ chest muscles allows you to get the “V-taper” that many men look for when working out for their summer bodies. Each exercise in todays work out should be 4 sets of 10-12 reps each. Today you will learn the 6 best chest workouts to maximize the work the you put in.

The first chest workout is dumbbell chest press, this workout hits almost all of your pectoral muscles including your tri-cep. For this exercise, you will need to hoist two dumbbells up while you lay down flat on a bench. END_OF_DOCUMENT_TOKEN_TO_BE_REPLACED 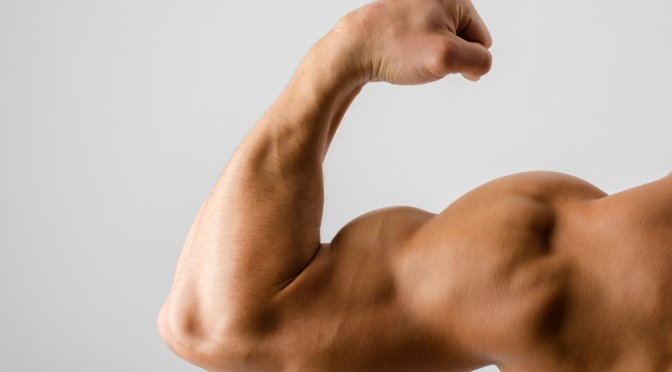 Men and women of all ages strive to get bigger arms, although many can succeed in creating large muscles through supplements like creatine, many also fail or create muscles imbalances. Today you will learn how to create bigger arms for beginners without the need of supplements as well as learning to create well developed muscles.

When starting your workout, you will need to stretch out and allow your muscles to lose any tightness. Then you are going to start the first exercise of six different exercises. The first exercise is END_OF_DOCUMENT_TOKEN_TO_BE_REPLACED 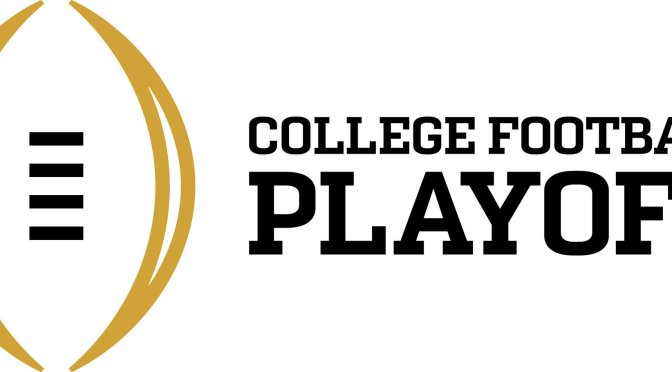 In the 5th modern era college football playoff 4 teams were selected to face off. The fourth ranked team was Alabama, this selection had controversy as soon as the public discovered it. Many believed that Ohio State had earned the fourth ranking from the tough schedule they had throughout this season. But with Alabama’s dynasty of winning many of the championship games, they won the vote and were heading to the National Championship Playoffs.

The third ranked team was the Georgia Bulldogs. The Bulldogs had to become the SEC champion this year to get into the playoffs due to a loss against Auburn. Once Georgia played Auburn once again in the SEC championship game, they were not to be out done again. The Bulldogs were unleashed in this game winning 28-7 advancing them to the National Championship Playoffs. END_OF_DOCUMENT_TOKEN_TO_BE_REPLACED 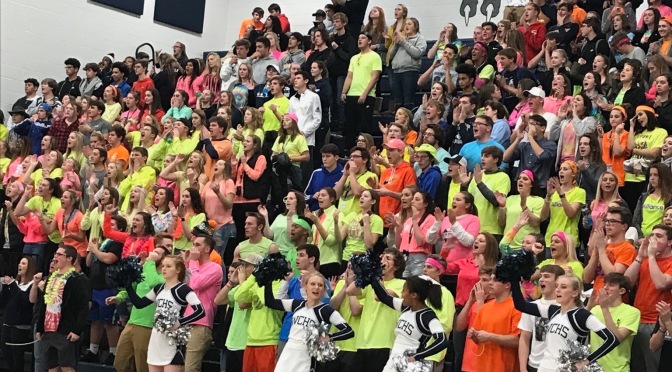 The weather may be cooling off, but Wolves winter sports are sure heating up. Competitions between all sports are starting off strong in hopes for a great first season as a West Clermont Wolf. Many new school records are 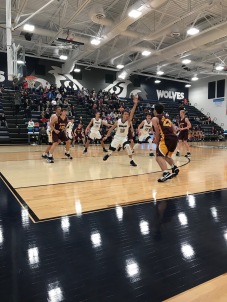 being set throughout the athletic program as the first ever winter athletes in school history. END_OF_DOCUMENT_TOKEN_TO_BE_REPLACED 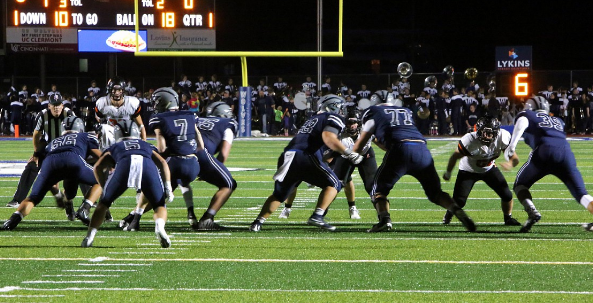 Friday the 13th turned out to be a lucky night for the West Clermont Wolves, as they defeated the Loveland Tigers to extend their win loss record to 5-3! The varsity won 16-8 in a close game against the 1-7 Tigers.

“Winning is always a great reward for the long weeks of the season,” said Head Coach Nick Ayers. “We were disappointed in a few things.”

The Wolves were winning 7-0 through the third quarter after a Chayce Gambrell touchdown. “I thought the game was between two very similar teams,” said Ayers. “Both run a version of the Wing T and run similar defenses.”

The kicker for the Wolves made a season long 37 yard field goal in the 4th quarter to make the score 10-0. “I was very happy for Cameron Null, who made the kick,” added Coach Ayers. “We knew he was right around his range. He hit from 35 (yards) a few times in practice this week.” 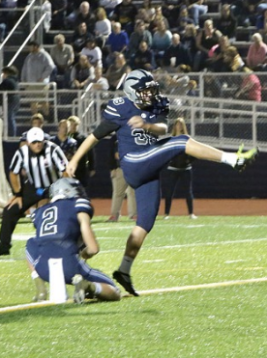 Loveland then responded with a touchdown and a 2-point conversion that made the score 10-8. The home crowd booed loudly after the officials gave the Tigers a touchdown call though most in the stands thought their player dropped the ball.

Junior Ryan Cann caught a 49 yard pass to help the Wolves take a 16-8 lead.  West Clermont ended up with 332 total yards, and the defense held Loveland to only 182 yards. According to the MaxPreps website, the attendance for the game was more than 5,000!

The Wolves next football game is coming up on October 20th. This is their final home game and senior night. “We are very happy for the kids and seniors to get the win before their senior week,” Ayers said. “The hard work has definitely paid off in close games.” 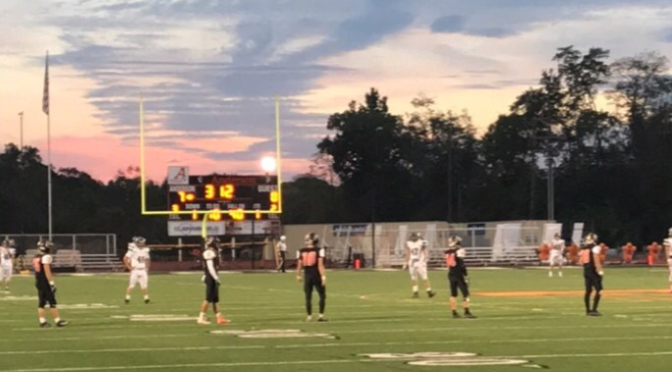 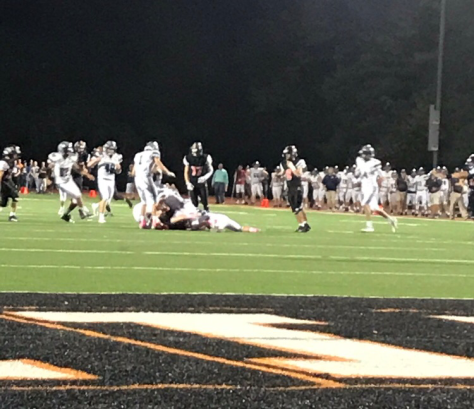 The Wolves Football came with a great comeback during the 4th quarter, scoring a touchdown making it a tie game at 3:12 on the clock. It was a great effort put in by the Wolves! Everyone was very proud of the Wolfpack. Ryan Cann, Austin Price, Tyler Steinker and Jacob Kilgore each had touchdowns. The wolves scored 0 points the first quarter while the Redskins scored 14 points.

The second quarter the Wolves scored 6 points, the Redskins scored 13. The third quarter the Wolves made a comeback bringing in 28 points with a total score of 34. The Redskins scored 15 bringing their final score to 42. No points were scored in the fourth quarter by either teams. The final score of the game was 34-42 for a tough but hard work loss by the Wolves. Finally, football player Ryan Cann is up for deciding the athlete of the week with 254 yards and 2 touchdowns total! 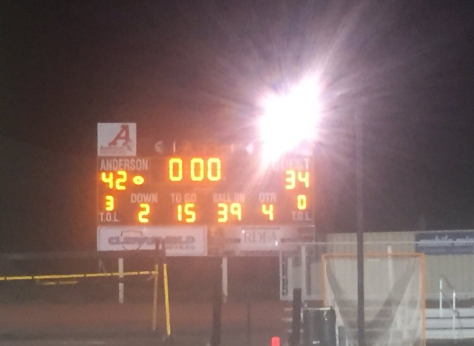