Ever since the 1930’s America (and now the whole world) has been fascinated with the idea of super powered beings that fight for justice against the prowess of evil. The creation of DC’s comics and their groundbreaking superhumans like Superman and Wonder Woman entranced youth world wide. Thirty years later Marvel comics was created and introduced a new set of heroes to amaze the imaginations of many. As the years went by fans stayed intrigued in the universes inside the comics caused the popularity to rise among young and old fans. Eventually the power of film brought these universes to life on the TV screen a new craze began.

END_OF_DOCUMENT_TOKEN_TO_BE_REPLACED 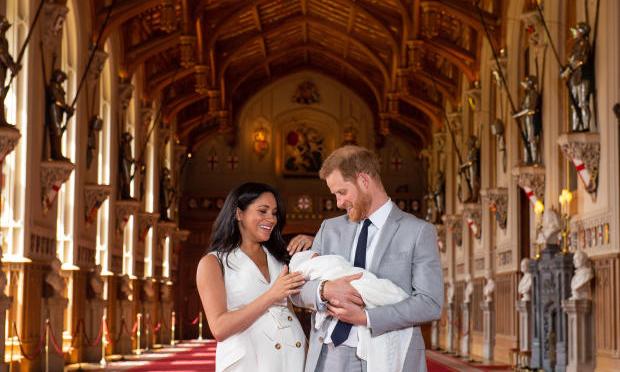 The British Royal family has always been of large interest by the entire world, the family’s activities draw million of fans interest daily. The royals entered into celebrity status with the televised recording of Queen Elizabeth’s II coronation ceremony, the first royal event to be published. When Elizabeth released home videos from inside the castle the public was able to gain even more access into the the royal life that they all had fantasized about. When Princess Diana came to the public eye everyone was either bewildered or amazed by her incredible compassion and boldness. She acted as a conventional princess would but managed to enthrall all with her personality. After her death the world was shocked to have loss such a wonder. Then 14 years late the royal wedding to Prince William was broadcasted and the world went crazy for the stunning Kate Middleton. She brought the elegance that is a young duchess back into the public eye, keeping the public even more interested since. Then, just little over two years ago the remarkable Meghan Markle was able to live out every regular little girl’s dream and marry a prince; and now the Royal family has a new addition, a little baby boy.

END_OF_DOCUMENT_TOKEN_TO_BE_REPLACED 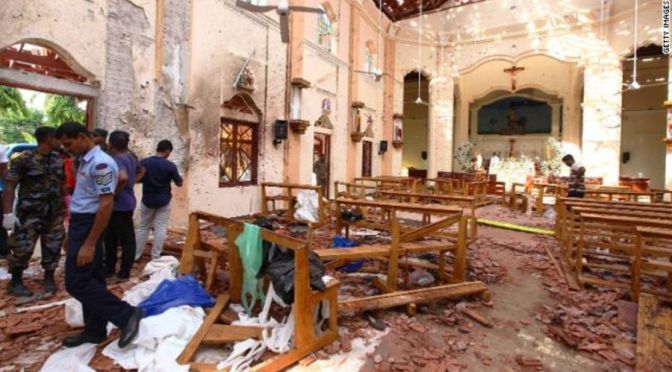 Sri Lanka was recently attacked on Easter Sunday (April 21 2019), a wave of bombs ravished the area killing 321 civilians and tourists and injuring hundreds more. Suicide bombs were set off in a series of hotels and churches across the country.

Sri Lanka has since declared a state of emergency, further marking April the 23rd a National Day of Mourning. In the past days since the attack there has been immense global investigation by the FBI and Interpol into finding the culprit of this mass attack. 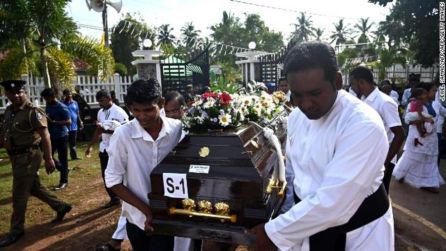 While Isis has taken responsibility for the attack a total of 40 people in connection have been taken into custody. There were warning threats the days prior that officials were aware of.

In the capital of Colombo the attack was less of a surprise, intelligence services in India and the U.S., had received news of the threats in early April. The threats were so extensive in their detailing that officials were given a list of suspects. It’s still not clear as to why these threats were not taken action on since the Sri Lankan government did admit to failing to act, or why the threats were sent out in the first place. The country has been facing a lot of political divide since last year when President Maithripala Sirisena tried to replace Prime Minister Ranil Wickremesinghe. In December Wickremesinghe resigned but since then the government has remained in wrecks. Prime Minister Wickremesinghe said on the 24th that there are “Still people on the run with explosives”.

The community there fears that due to the feuding in the government there was a opportunity for an attack to be made when there was a lapse in security. On April fourth foreign intelligence informed Sri Lankan officials of the potential attacks against the christian community as well as the widely populated tourist areas. Five days later As Easter Sunday approached the frequency of the threats increased, and so did the urgency to taken action. The bombers were able to enter three churches and three fancy hotels with no security checks. Wickremesinghe reported at a news conference on the 21st, saying “We, if it was known, certainly could have prevented many of the attacks in the churches and have more security in the hotels”, he also said that the situation could have been avoided had there not been a breach in communications in Sri Lanka.

It has since been uncovered that the two suicide bombers were brothers from a prominent family in Sri Lanka.

George Pell, a cardinal in the roman catholic church, has been found guilty of sexually abusing two thirteen year old boys in 1996. Two months ago in December the case was brought to light but in order to not sway the jury the details of the trial were withheld from being released to the public due to suppression laws. Now, twenty two years later the two choir boys have justice against a man who abused not only them but also his power at an archbishop at the time

The victim stated that it took him years to understand the impact the assault had on his life. Pell was fifty five at the time when he caught two young choir boys drinking communion wine after a Sunday service when he forced himself upon them. The living survivor of Pell said he was left feeling “shame, loneliness, depression and struggle” as a result of the abuse. He has never spoken out against Pell in fear of his position in the church. “At some point we realize that we trusted someone we should have feared and we fear those genuine relationships that we should trust.” said the victim about how he has coped since the tragedy. One of the boys has since died of an accidental heroin overdose in 2014 at the age of 30 before he could see his abused receive punishment for his vial deeds.

He had never spoken to his parents about the abuse, the father now believes that the assault is what led his son to turn to drugs. Lawyers representing the father of the other victim had compelled him to speak up, in his realization of what happened to his son he said he believes his son suffered from post traumatic stress disorder. He had a scholarship St. Kevin’s because of his singing voice, however his attitude was severely affected at school after the abuse. His fellow school choir member described him as a bully who became withdrawn, completely estranged from his past self. If he was questioned about what the problem was he would avoid, or straight up deny the question.

What would you do if you saw a furry brown bear cub walking down the streets of your neighborhood, crying out in starvation, no mother in sight? Well, those in the far eastern village of Kamchatka Peninsula (Russia) took action right away, and the results are heart-warming.

END_OF_DOCUMENT_TOKEN_TO_BE_REPLACED

On July 20th 1969 the U.S. made history when the Apollo 11 made touchdown on the moon, officially winning the space race against the Soviet Union and opening a new door for science and space exploration; Now China has made a new revolutionary accomplishment, their spacecraft made it to the dark side of the moon.

This is the first time landing on the “dark side” of the moon has been attempted or achieved, and it means big things for the scientific community.

END_OF_DOCUMENT_TOKEN_TO_BE_REPLACED 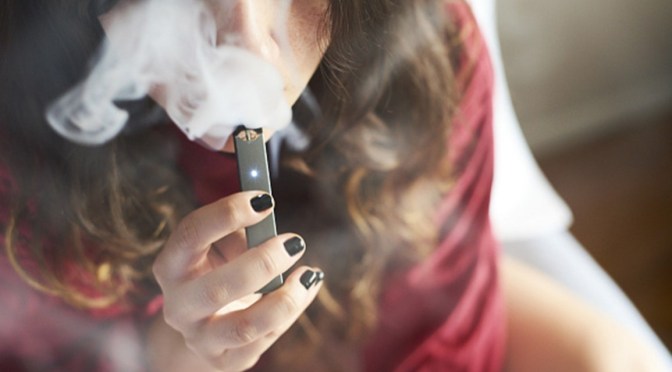 Eight out of 100 (7.6%) high school students in the United States smoke regularly. And while that is a decrease since 2011 with a drop of 8.2 %, the majority of youth have flocked to the new trends, Juuling and vaping. 21 out of every 100 students (20.8%) actively use electronic cigarettes, which is a 6% increase since 2011 (CDC). It makes sense, right? The rush received from nicotine without the cancer, respiratory, and cardiovascular disease, is easily attainable and easy to hide! They even smell good and have tasty flavorings. What’s not to love? A lot actually.

END_OF_DOCUMENT_TOKEN_TO_BE_REPLACED

If you have any interest in the arts, or bettering yourself with achievements then West Clermont encourages you to check out the after school school art club. The art club works as a creative space where students can work with any medium in an open studio while meeting peers that share interests and learning more about the chosen craft. Art club has a diverse set of hard working students coming from all varieties of artistic backgrounds, with a wide range of interests in attendance. Art club offers students an opportunity not only to create, but to also provide for the school and the community. Just last year WCHS’ was able to march with lanterns they designed themselves in the parade for  the light show, Blink, downtown. The immaculate decorations seen at homecoming this year were created by the dedicated members who put in hours to make sure their best efforts were put forth to be on display.

END_OF_DOCUMENT_TOKEN_TO_BE_REPLACED 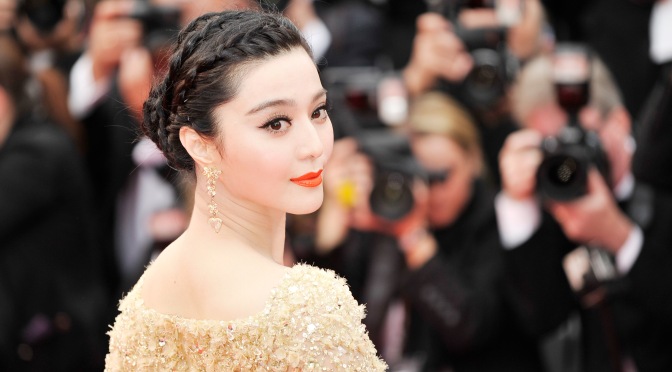 In may of this year China’s highest paid actress and household name, Fan Bingbing, was accused of tax evasion. After the accusation Fan suddenly disappeared from the public eye, only releasing an apology on China’s version of Twitter, Weibo. In her apology her admitted to her faults and begged the public for their support and forgiveness.

END_OF_DOCUMENT_TOKEN_TO_BE_REPLACED

York’s John F. Kennedy airport, where the ten passengers (seven of which were crew, three being passengers) that were aboard the flight were immediately rushed to a near hospital to be evaluated for potential respiratory illness that health officials believed to most likely be influenza.