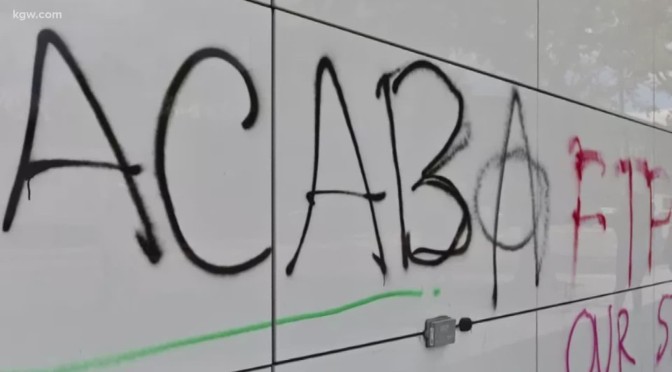 ACAB is a term with a rich and controversial history. The exact origins of the term are actually unknown, but the earliest we have seen ACAB being used was in England is the early 20th century. “All Coppers are Bastards” was first abbreviated to ACAB in the 1940s by workers on strike. Today, we can find ACAB written as graffiti, tattoos, and other forms of graphics. As stated previously, the issues America is facing with police brutality and the uprising of the BLM movement has caused a spike in the use of the acronym, as well as confusion about its origins and what the term really stands for.

ACAB took on its modern meaning in 1970 when the Daily Mirror ran the phrase as a headline. The story explained that the police picked up a teen who had embroidered the acronym on his jacket after copying it from a Hell’s Angel he saw on the street. He claimed he thought ACAB stood for “All Canadians are Bums” and got off with a fine, but the headline made the acronym a slogan for a younger generation who were tired of getting pushed around by police. This was a turning point for the notoriety the phrase still inspires today, but the panic had the unintentional effect of launching ACAB into the vernacular of the rapidly growing punk movement.

In today’s society the term is often thrown around and inaccurate meanings for the term have spread. Many believe the term stands for “All Cops are Bad,” which is not the case. The term ACAB, originally “All Coppers are Bastards,” refers to the corruption within the law enforcement system itself, hence the term bastard/bastardized meaning change in such a way as to lower its original quality.

Oftentimes, phrases and actions are given new meanings and symbolism, but it’s important to know the origin and true meanings when it comes to terms as controversial as ACAB. This article is meant for educational purposes and is not meant to sway opinions in any way.