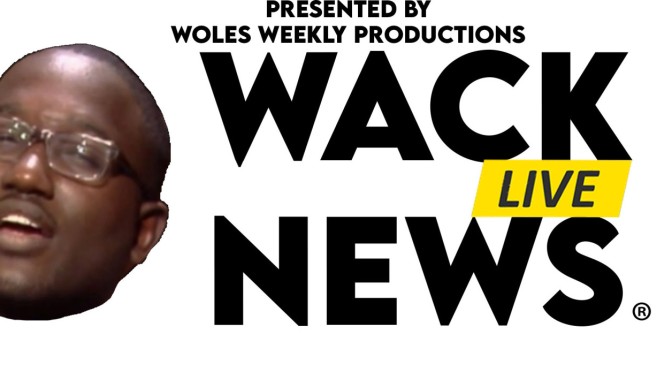 On March 7, 2020, a pig on a farm in North Yorkshire, England, accidentally set fire to the farm. The pig, unknowingly, swallowed a pedometer that spontaneously combusted on exit. The pedometer was being used to track the pigs and prove they were able to free roam, but this little piggy got a hold of one of them. It is reported that the copper inside the lithium-ion battery exploded in the dung. The blaze burned 4 pig pens and covered 75 square meters of land. No animals were hurt in the fire. The fire service had final thoughts, which include “A hose reel was used to extinguish the fire and save the bacon.”
Credit

Florida Man Might Have Infected President Trump with COVID-19, Then Sleeps in a Walmart Parking Lot

Florida Republican and Representative Matt Gaetz wore a gas mask on the floor of the House of Representatives, as a stunt, just a few days ago. Following that, one of his voters died from the virus. Gaetz then boarded Air Force One after coming in contact with a person who tested positive for the virus. President Trump was on the plane. However, being a Florida Man, he slept in a Walmart parking lot that night as no hotels would allow him to stay. He has since self-quarantined.
Credit

Haidee Janetzki, of Toowoomba, accidentally ordered 48 boxes of toilet paper. She meant to order 48 rolls, as she has been for the past few weeks, but recently switched brands. The new brand has a different purchasing system, which was the paper was sold by the box- not the roll. Haidee states that she inputted ’48’ into the amount box, thinking it would send her 48 roles, instead, she was sent 2 pallets of toilet paper. The family ordered this prior to the Coronavirus toilet paper scare, and has since started selling it to help raise money for their daughters school.
Credit

A breaking news story which is much more serious. Governor Mike DeWine concluded that on March 12, 2020, all Ohio schools will extend Spring Break for three more weeks. Not enough information has come out to determine whether or not schools will switch to E-Learning in order to prevent cutting into summer break, but schools must place this in effect on March 16, 2020. DeWine states that the risk for children is low, but they can carry it and pass it on to people who are more susceptible. He has taken this action as a precautionary measure.
Credit