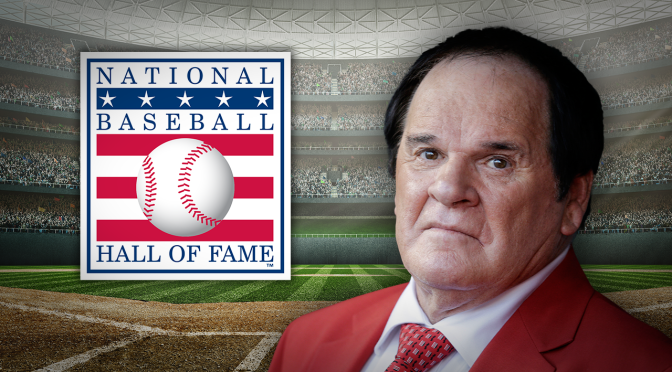 Pete Rose was banned for illegal gambling on the game. He was not necessarily ‘banned’ from every MLB game, but he is not permitted to go on the field or continue involved in the sport whatsoever. Rose knew how good of a player he was, and decided to bet for his team to try and make an extra couple bucks. He always bet on his team, never for the other side. The problem is that when he was investigated, he received a lifetime ban from Baseball. This was one of the most controversial moments in sports history. The problem itself is not the ban, Rose did something illegal and was punished, but is actually what happened shortly after. The steroid era. Many ballplayers used PED’s (performance-enhancing drugs) in the late 80s to the early 2000s. Some of the most famous players who used were Barry Bonds, Mark McGwire, and Sammy Sosa. All of these players were never punished inside the sport and are all on the Hall of Fame ballot every year. Rose submitted an appeal in 2015 after that but was denied by the commissioner, Rob Manfred.

Then came one of the largest sports scandals of the 21st century, the Astros cheating scandal. The Astros were caught using technology to steal signs during the 2017 and 2018 MLB season. There was a camera in the outfield that relayed back to the dugout in which a member of the organization would bang a trashcan to alert the batter to what pitch is coming. This is highly illegal in the MLB, and Pete Rose felt their punishment was not harsh enough. They were fined $1,000,000, lost the first two rounds of draft picks for the next two years, and the manager, general manager, and others were fired from the team. The problem is, these members that were fired were already removed from the organization. Rose felt that what the Astros did and that the steroid era was much worse than what he did, and felt he should be unbanned. He has been banned since 1989 and has endured a long enough punishment to learn his lesson. The Astros’ players and the steroid users were never banned nor punished in Baseball and only punished outside of the game, such as Barry Bonds receiving two years probation.

Rose has since appealed once again to the commissioner and wants to be inducted into the Hall of Fame while he is still alive. It is expected that he will be inducted no matter what once he passes away, but baseball fans believe he should be able to experience the induction himself. President Trump weighed in on the subject, stating, “He gambled, but only on his team winning, and paid a decades-long price.” It’s Time!