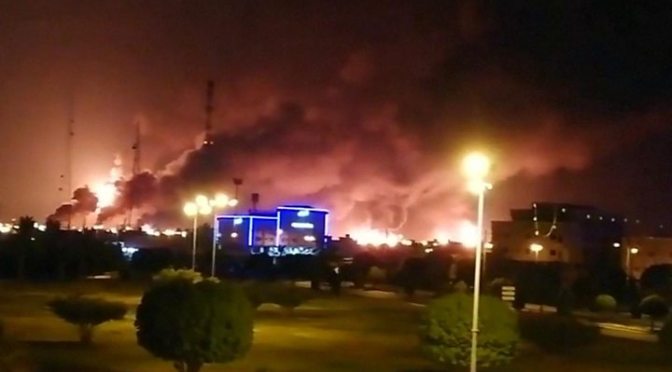 On September 14, 2019, Saudi Arabia experienced an attack on one of its largest oil refineries. A drone was sent by the Yemeni Rebels, an Islamic political and armed movement, that exploded once it arrived at the oil facility. The Saudi Arabian oil attack resulted in oil prices across the globe surging in prices, up to ten cents per gallon, and the radical movement faced military action from an American drone. In fact, Iran was blamed for the attack, but no evidence has proved that Iran committed the attack.