Post Malone is a “Rockstar” right now. You have probably heard of him before. The guy that sings rockstar with face tattoos? Yep that’s him. No matter how you feel about the face tattoos, you have to admit his music is really good. And he is obviously doing something right.

Post Malone has been around for a while but I’m 2015 he dropped “White Iverson” and it went just about everywhere. He got signed with a record label and it all started. Posty then dropped his first album “Stoney” in 2016. It was on the US billboard 200 for a while. Congratulations was the first released for the album. It was his first international hit. Post then started performing on live shows and getting more and more popular. Everyone started liking his music. 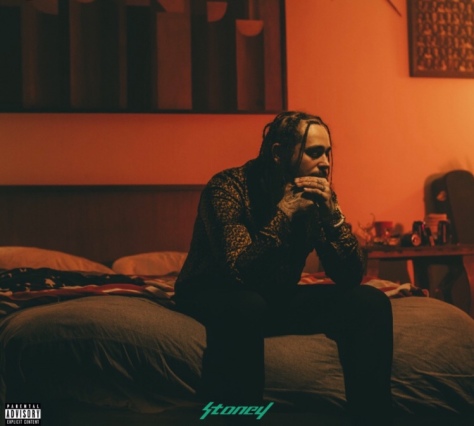 After 2 years of fame, Post Malone dropper one of his featured song on his upcoming album “Beerbongs, and Bently” in 2018. “Rockstar” became very popular, most likely because of his featured person, 21 Savage. Who brought I a whole different crowed into Post Malone’s fans. It hit number one on billboards Hot 100. He then released the rest of the album. Which broke several streaming record, and hitting number one on billboard 200.

In this album Post has a song called “Stay” which many know but it’s not played on the radio very often. It’s different from a lot of his songs. It’s all slow and you can really hear his true voice come out. Many people where swooned. Post Malone also dropped his single “Psycho” which made it on the second album “Beerbongs, and Bently”. This was another very smart feature, with TY Dolla $ign. If you turn the radio on, you’ve heard this song.

After “Beerbongs, and Bently” was realaesed Post Malone didn’t make music for the summer. Which makes the most sense since he just dropped new stuff. Then he came back in October 2018 after doing tours and live shows with the single “Sunflower” by Swae Lee and Post Malone. The song was written for the new movie, “Spider-man: Into the Spider-Verse” of course it becaome popluare, it was in a kids movie. Together they reached an entire different audience. It’s knows as one of the best collaborations in 2018.

Of you thought that was enough Post Malone, no you’re wrong. Posty dropped his single “Wow” on December 24th 2018. The music video and everything is under the Christmas theme. Yet it is still played to the day on the radio. It hit US billboard number one for a while and is still on the billboard. He really has become and rockstar over the bast few years.

If you didn’t know Post Malone real name is not Post Malone it’s Austin Richard Post. He goes by Post Malone because his last name is post and he used a rap name generator to get Malone. He did this when he was 14 or 15 years old. It’s just stuck with him throughout this entire time. I think we can all say we are waiting for what is to come next!