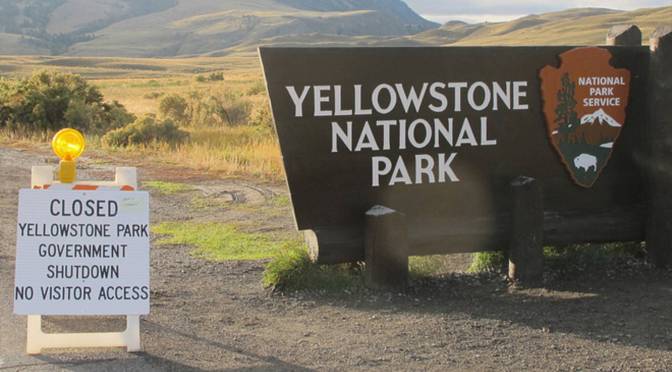 While many of us have heard of the stories from the government workers having to work without pay and those you have lost their jobs, one area of our country is suffering just as much but can’t speak for itself. The country’s National Parks and monuments have been suffering from the lack of employees to cover its system that has over 330 million visitors a year.

Some parks have been able to survive despite the lack of funding and resources from the shutdown. One such case is the Grand Canyon National Park that is open with help from the Arizona state government, who had been paying close to $64,000 per week to cover the necessary expenses the park required such as restroom cleaning, snow plowing and trash removal. One downside the shutdown has provided to the Canyon is that no new permits to hike or raft the Colorado river can be issued limiting the activities available in the park.

In nearby Utah, the state government had added about $7,500 a day for a littleover a week to keep Bryce Canyon, Zion and Arches national parks up and running. Since that funding ran out on the 31st, the Zion Forever Project made a donation of $16,000 to keep as many workers as they can there to clean restrooms and keep the visitor center running. The Friends of Hawaii Volcanoes National Park have gathered and raised $114,000 to keep the park running for 9 days. Death Valley has said it will only have enough funds to run until Thursday the 17th.

Closer to home is the Sleeping Bear Dunes National Lakeshore in northern Michigan, and after the recent snowstorm they suffered from unplowed lots and a closed visitor center leaving the park closed until further notice. Without the park assistance nobody can be assisted in their travels and this could leave to injuries or even death without proper information. The good thing that we’re seeing is community help as those living near Yosemite have organized work crews and businesses in neighboring towns are offering monetary incentives for those willing to help. Even visitors to the park were given trash bags and tips on how to best use the park during the shutdown.

Even though many parks have been able to make arrangements, some could not. Joshua Tree National Park in California shut down on January 10th in order to try and improve sanitation and safety for park goers. The park had also seen the destruction of Joshua trees recently which led them to close down. There is still no further notice of plans to reopen the park.

As far as the situation to reopen some parks and provide assistance to others, work by many conservation groups to urge the President to reopen the government and solve the problem or close all the parks to prevent further damage. The former Interior Department secretary, Ryan Zinke, wanted to keep many of the parks open because he didn’t feel that visitors should suffer from a political feud over a border wall.