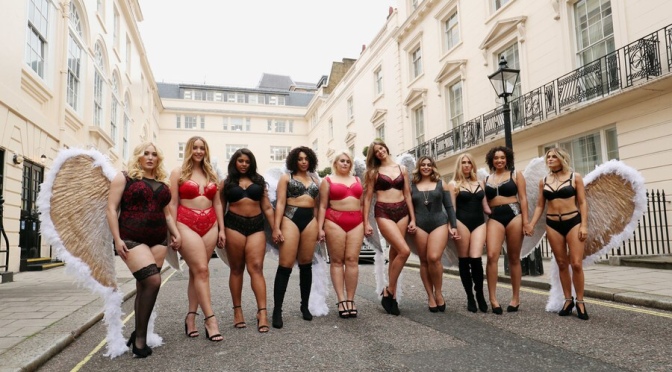 Victoria’s Secret is the most well-known lingerie brand in the world, and its annual fashion show is always one of the most popular televised events of the year. But as the day of the show approaches, the ongoing argument becomes heightened. ‘Why does Victoria’s Secret not include average or plus size models?’ 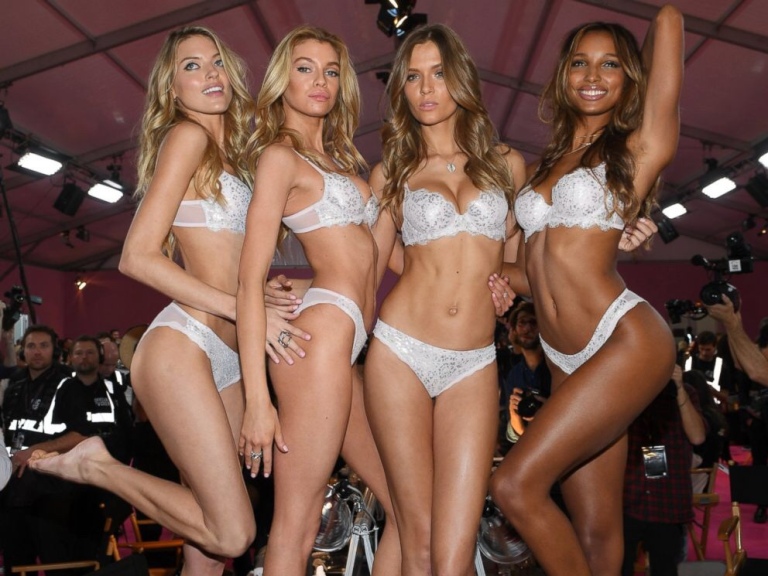 As a store primarily popular for its women’s lingerie, bras, and underwear, Victoria’s Secret has always used very slim and skinny models for their campaigns and runway shows. Known as ‘Angels’, they have become somewhat of an image and tradition of the iconic brand. But in today’s generation, that doesn’t sit well with those of us who aren’t a size 2 and an A cup. So influencers and fashion designers alike are making an effort to begin the change in this stereotype of what is considered ‘beautiful’ and ‘sexy’.

Wanting to popularize this new wave, online retailer ‘Simply Be’ held a lingerie show entitled ‘We’re All Angles’. Featuring curve and plus-size models, the event was used to showcase the brands AW18 lingerie line, consisting of snake skin print, lace detailing, and glitter bodysuits. Sizing up to a 48 chest, K cup, and size 32 brief, Simply Be is ensuring that all women have access to lingerie that makes them feel beautiful and confident.

Headlining the campaign was curve model and plus-size advocate, Robyn Lawley, who began the online movement in response to Victoria’s Secret not casting any curve or plus-size models in their 2018 show. Posting on Instagram at the beginning of October, Lawley was eager to share her idea. “Until Victoria’s Secret commits to representing ALL women on stage, I am calling for a complete boycott of this year’s Victoria’s Secret Fashion Show. It’s time Victoria’s Secret recognized the buying power and influence of women of ALL ages, shapes, sizes, and ethnicities. The female gaze is powerful, and together, we can celebrate the beauty of our diversity. It’s about time Victoria’s Secret celebrated the customers that fuel its bottom line.”

Wanting to inspire change in the brand, Robyn asked all fans and followers to sign a Change.org petition, while also urging them to post a picture of their unique and beautiful selves using the hashtag ‘#WeAreAllAngels’. According to TeenVogue, “For every picture posted with the hashtag, ThirdLove will donate one bra to the non-profit agency ‘Support The Girls’ that provides homeless women with bras around the country.”

While the Victoria’s Secret 2018 Fashion Show will not include any curve or plus-size models, women like Robyn are the key to influencing the brand entirely.  “…lets help change the minds of Victoria’s Secret to be more diverse and inclusive of body shapes and sizes on their runways! Victoria Secret have dominated the space for almost 30 years by telling women there is only one kind of body beautiful.”