We officially have a Polar Bear in our Wolf Pack. West Clermont senior Megan Mahon will be attending Ohio Northern University as a member of the girl’s volleyball team starting next autumn. As a leader of the Wolves and captain of the varsity team, Megan is excited to be continuing her playing career after high school, as she is not ready to give that opportunity of competition up.

Starting in third grade, Megan has devoted the last 9 years of her life to developing her talents and skills in the sport. From constantly switching club teams, while also making the difficult jump from St. Ursula to West Clermont, her sacrifices are something that pushed her to the decision to be a collegiate athlete. With the connections from multiple coaches and teammates, she was on many colleges radar going into her junior and senior year. While only looking at a few schools, Megan’s visit to Ohio Northern was the final factor in her commitment, as she immediately fell in love with the campus and coaching staff at the division Ⅲ university. 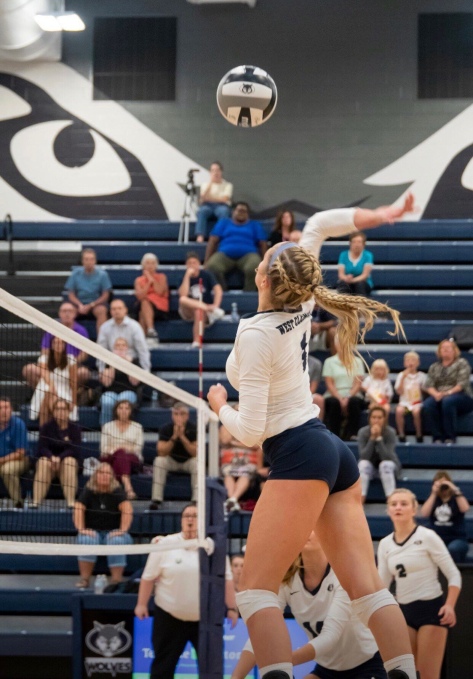 While she is looking forward to college and exploring her interests in physical therapy, Megan is still committed to her last season with the Lady Wolves. Playing as an outside hitter and defensive specialist, she has recorded 238 kills and 135 digs this season, being one of the top players in the ECC. If you are interested in seeing Megan and her teammates in action, they still have some home games left on their schedule, playing Milford on September 27th, Kings on October 4th, and Anderson on October 9th. Congratulations to Megan on her commitments for the future and good luck to the entire volleyball team while rounding out your season. Go Wolves!