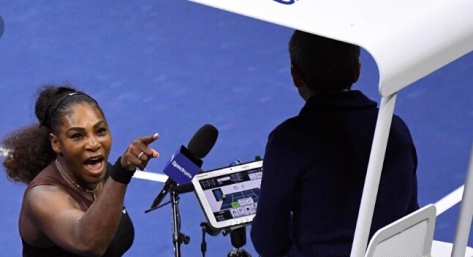 On September 9th 2018, Serena Williams was being punished for displaying arguable wrath. It all started when the umpire accused Serena’s coach for using illegal hand gestures. Serena told the umpire that she did not cheat and asked for an apology. Later on in the match she had lost a serve and the umpire Ramos gave her a one-point penalty. She then showed wrath because she called-out the umpire for showing sexism on the court and demanded that she get the point back. “Williams’ got penalized with a $17,000 fine, $10,000 remarks her umpire” (Love). The match should have been a celebration to Serena’s opponent Naomi Osaka because she had gotten the chance to play against her idol. But, it was overlooked by the racist and sexist remarks that were taking place in the court. Williams said she started this to fight for women’s rights and equality. A lot of people came through and supported Serena with this because no woman should be looked down upon for something that they were not responsible for. The umpire started this when he accused Serena’s couch for using hand gestures to help Serena cheat and win. The coach admitted to coaching her but Williams’ did not cheat.

The whole fiasco was blown straight out of proportion and it’s ridiculous for Serena to have to pay such a large fine for standing up for women’s rights and equality. Williams’ should have the right to speak her mind without being penalized. It is quite normal for her to have acted out that way because she had felt that she was personally being attacked for something that wasn’t her fault. She felt the need to have said something to the umpire because she was being looked down upon. 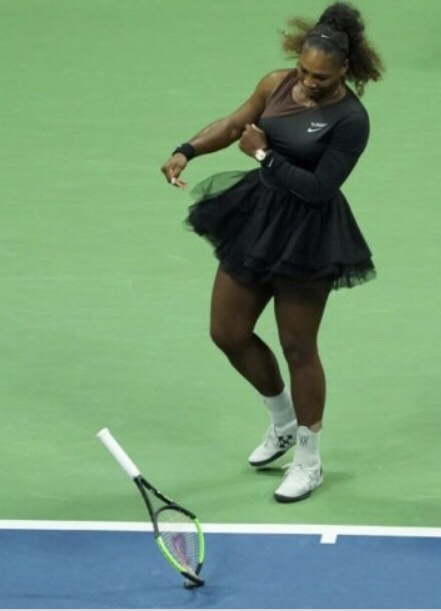 People have said that she got too emotional and that’s why she was being penalized. Billie Jean King tweeted “When a woman is emotional, she’s ‘hysterical’ and she’s penalized for it. When a man does the same, he’s ‘outspoken’ and there are no repercussions” (Love). So where does this dispute lead Serena? Well, she is currently facing trouble with getting back into the groove of things with tennis due to her pregnancy. Now she has this to work out along with the fine she has been told to pay. For now, our society should focus more on working together to have society more equal. It should not waste time on penalizing a famous icon for standing up for what is right.