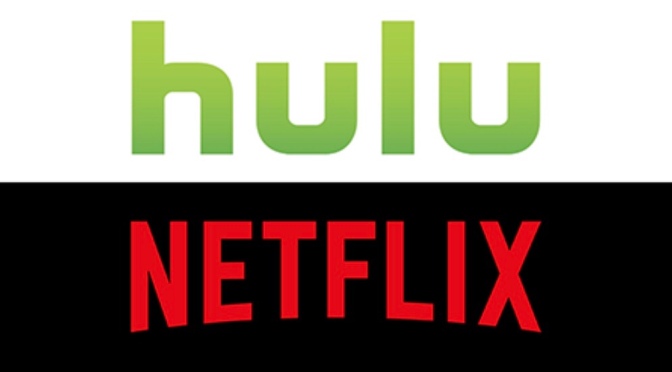 It isn’t unusual for teens or even adults to come home from school or work and sit down on the couch and watch some good TV, maybe with a snack, and just relax after a long day. There are so many services you can use to stream your favorite shows, but which one is the best? There are many questions you have to take into consideration, for example, is it worth spending your money on? How good is the quality? As of right now in 2018, the two most popular streaming services are Netflix and Hulu, but which is the best?

Netflix is a tough competitor as they are always putting out new, original, movies and tv shows. Teens girls are going crazy after Netflix had released their latest original rom-coms ‘ The kissing booth’ and ‘To all the boys I’ve ever loved’. Both were movies and had hit all over every single social media platform. During a recent survey, that asked a group of teenagers and adults about which they thought was better and about 90% of the teenagers asked had said Netflix for multiple reasons. Some reasons that were said was that Netflix had more of variety and better quality.

Hulu’s profile has grown alongside Netflix but based by vote, is not yet as popular. Hulu is still one of the main streaming services for multiple reasons. It has most of the shows and movies that you have watch as you were younger, or shows that are not on TV anymore, like Zoey 101, Wizards of Waverly place..just the classic Disney channel and Nickelodeon shows. A good thing about Hulu is that it doesn’t just take shows off randomly. It adds shows that the viewers want. While Netflix is the total opposite and will take off shows with almost no warning at all, even if it a show that most people are currently watching or rewatching.

A downside to having Hulu is that you have commercials, quite often too. While Netflix, doesn’t have commercials and you can binge watch without any interruptions. In the survey, with the 10% of the people that chose Hulu as the better streaming service that said it was because it has more TV shows and knows what the people want and they add what Netflix doesn’t or what it takes off. You can’t really compare either of them on price because Hulu is $ 7.99 and Netflix is $8.00 a month for the basics of streaming. Overall it doesn’t matter which is better, it just matters which is the best fit for you.