Teen Mom 2/OG and 16 and Pregnant are television shows broadcasted nationally about the lives of teenage mothers and the struggles they may face. Six pregnant teenagers allowed MTV to film their pregnancies hoping to encourage the young viewers to wait to start their families. After four years of being on television, teen pregnancy rates have dropped drastically. From 2009-2010, the rates had dropped nine percent reaching a historic low of 34.3 births per 1,000 women between the ages of 15-19. This rate is higher than any other developed country, where typical rates of teen childbearing are more often in the range of 5 to 10 births per 1,000 girls in this age group and it is said that four out of five teenagers pregnancies are unintentional. Since 16 and Pregnant was first aired in the summer of 2009, it is tempting to wonder whether or not the show was responsible for this drop in teen pregnancy. This rate dropped faster in area where teenagers were watching more MTV programming. Also, many of the show’s stars became celebrities and appeared on the cover of People Magazine, which could be another problem. Teenagers are under the impression that having a child in high school is one way to get attention, and famous. “Maybe that’s what’s drawing viewers’ attention,” Teen Mom OG star, Farrah Abraham stated. 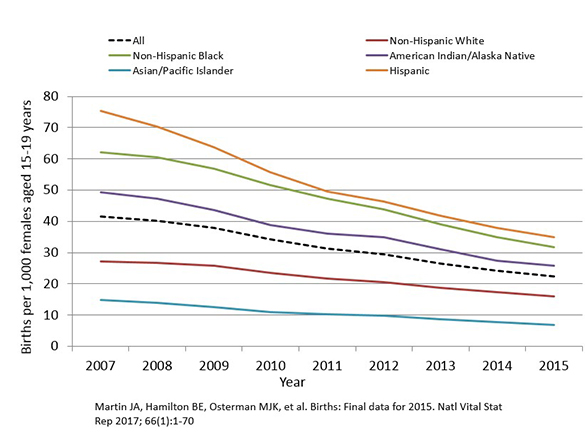 While some would say the shows were filmed to prevent teen pregnancy, others believe that the shows lead viewers to think that teen mothers have an enviable quality to life. Could the shows have no effect at all? After the shows became a hit, parents along with educators had become worried. Only forty percent of teenage mothers ever graduate highschool and they fear that MTV just shows how “cool” new pregnancy is with a reality series. 16 and Pregnant was originally made in hopes of preventing young women in getting pregnant at a young age. Critics say the show portrays mixed emotions. Although they often show the difficulties and hardships of having children so young, they also send the message that getting pregnant was for the best. But just because frequent watchers of the show may have their own views about teen pregnancy does not mean they will attempt to get pregnant themselves after watching either show. However, every time after the show is aired, MTV includes a website (StayTeen.org) that is used to help encourage you to enjoy your life as a teenager, not a teenage mother. The website includes information about birth control, STDs and dating abuse. 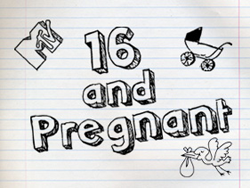 At the age of 17, Kailyn Lowry allowed MTV to film the pregnancy of her first born child. “I did get two awesome blessings,” stated the Teen Mom 2 star. “But I still haven’t gotten my bachelor’s degree, because, one, day care is so expensive and, two, how do you balance studying and having little ones at home?” Lowry’s statement seems to have made an impression on viewers.

Some experts believe that media cannot affect teenage pregnancy. Bill Albert, chief program officer of the National Campaign to Prevent Teen and Unplanned Pregnancy, had stated that anyone who has watched the two shows knows that they show the reality of teen pregnancy and there is nothing glamorous about those young people’s lives. Based on a teen survey Albert’s organization had conducted, eighty-seven percent of teens who watched the shows had reported that they felt they demonstrated the true hardships teen pregnancy can bring to both girls and boys and only seventeen percent felt that the shows had actually glorified teen pregnancy.

American teenagers are exposed to significant amounts of sexual content on television. After conducting a multi-year study, it is found that teens who watch a lot of television with sexual content are more likely to initiate sexual intercourse in the following year. Frequent exposure to this type of content has been proven to increase the likelihood of teen pregnancy in the three years following the exposure. However, portraying the risks of sexual intercourse on television helps educate the viewers about the potential consequences of sexual behavior. Teen Mom 2 star Jenelle Evans’ friends had gotten pregnant within a year of Evans starring on the show.