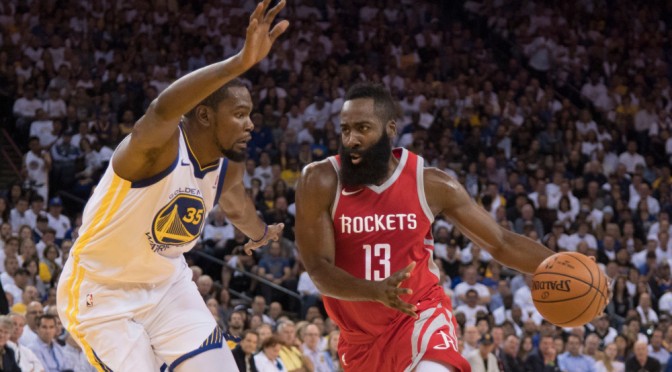 This series has been blow out after blowout, Starting out with a 2-0 Warriors series lead. The highly skilled Houston Rockets knew they needed to change up their strategy against the Offensive Goliath of a team Golden State Warriors. After winning Game 3, That’s exactly what the Rockets did in the 4th game as well. They took a Warriors team that has reinvented offensive basketball the past five years — a Warriors team that had absolutely set Oracle Arena on fire for the last half decade, and tamed them. After finally getting in their groove, we should see a much more dramatic series. Especially since the momentum has completely shifted, The Warriors must quickly readjust their game plan before this Rockets team blasts away into the NBA Championship.