The Cincinnati Reds sent Devin Mesoraco to the New York Mets and picked up pitcher Matt Harvey. Harvey is getting a second chance, only this time with a bad team. This trade deal provided a fresh start for the two former All-Stars whose careers have been sidetracked due to injuries. Mesoraco was on the bench for first pitch by Luis Castillo, as he was originally supposed to catch. When he walked into the New York clubhouse, he was still wearing his Cincinnati Reds socks as attendants were sewing his name on the back of his Mets uniform. Mesoraco had described his experience as surreal.

The team is taking a big risk with picking up Harvey. He has had two surgeries since 2015 and one of them was to relieve thoracic outlet syndrome. The other was just last year which was on his shoulder. After this season, the pitcher will be a free agent so it is unlikely that the Reds will re-sign him. Harvey was suspended for three games last year for just missing one. He had admitted his absence was due to staying out too late the night before. The Reds were more concerned about his mechanics on the mound than they were about his off-field issues.

The Reds had originally sent scouts to New York to watch Harvey pitch. He had appeared in eight games and allowed fourteen runs in twenty-one innings. In four relief appearances, he allowed seven runs in six innings. The Reds had hoped to “re-invent” Harvey after picking him up from the Mets. Matt Harvey’s first game with his new team was on Friday, May 11, against the Los Angeles Dodgers. He had replaced Brandon Finnegan who will now be sent to Triple-A Louisville. “Based on what he’s been doing recently, it will create itself,” Reds manager Jim Riggleman said about the new pitcher. Harvey was happy to be a member of the Reds and had even admitted the last two years with the New York Mets have been difficult. “It’s obviously my first time moving teams. Everything feels great. I’m excited for the opportunity. Like I said, I was working out and kind of got back on a five-day workout schedule,” Harvey said. 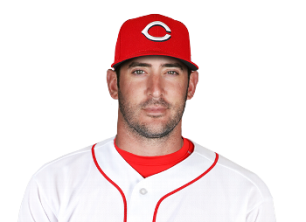