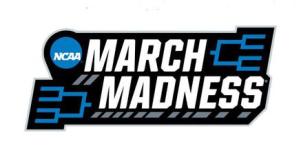 As we wrap up round one of March Madness, we will advance into round two. March Madness is the NCAA Division I Men’s Basketball Tournament and fans across the country compete against one another to pick the winning teams. This year’s NCAA Tournament has brought many upsets in the first round leaving room for more in the second round. Low-seeded teams are dominating over high-seeded teams with some even making history. Only two number one seed teams made it to the sweet sixteen, Villanova and Kansas.

UMBC (The University of Maryland in Baltimore County) made history by beating number one seed, Virginia. Not only did the Retrievers defeat the Cavaliers, they beat them by twenty points. This was said to be the biggest upset in the history of the NCAA Tournament. Sadly, the Retrievers run came to an end as they lost to Kansas State on Sunday night, 50-43.

Number 9 seed, Florida State defeated the Xavier Musketeers who are a number one seed. Xavier seemed in control the whole game and were up by nine with 5:30 left in the game. In those last five minutes, the team had six turnovers. The Musketeers had missed eleven free throws which also opened up the door for Florida State to take the lead.  The final score was 75-70.

Number 7 seed, Nevada defeated the Cincinnati Bearcats who are ranked as a number two seed. The Cincinnati Bearcats were ahead by twenty-two points with 11 minutes left and then their offense crumbled against Nevada’s trap.The Nevada Wolf Pack also made an incredible comeback against Texas as the team was down fourteen points and came back to beat Texas in overtime in the first round. The final score was 75-73.

There is an entire region left without a Top 4 seeded team in the Sweet Sixteen. This is the first time something like this has happened in the tournament history. “It’s what makes March Madness special and it kills the coaches because it’s so hard and you think you have a great team,” Kansas State coach Bruce Weber said. “It’s March Madness and you never know what’s going to happen.” As of Friday evening, there was only one perfect bracket remaining but that bracket was shortly busted when number one overall seed, Virginia was defeated.