In Perris, California two parents, David Allen Turpin and his wife Louise Anna Turpin, were charged with multiple counts of child abuse, torture, abuse of dependent adults and false imprisonment. Originally arrested for child endangerment the couple faces 94 years to life in prison if they are found to be guilty. 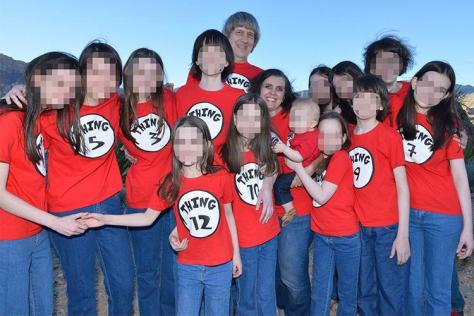 The father, David, was also charged with performing a lewd act by force on one his daughters under the age of 14. The Turpin’s bail has been placed at 13 million per parent, 1 million for each child. Their 17 year old daughter was able to escape and eventually free her 12 other siblings, originally another sibling had planned on leaving with her but became scared of the punishment and turned back, the plan had be in consideration for 2 years. The children ranged from ages 2 to 29, the only reason it was 12 counts of abuse and not 13 is because the youngest seemed to be in a healthy physical state, however the same cannot be said for the rest of the children. The 29 year old daughter is reported to weigh 80 pounds, which is the average weight of an 11 year old, the mental developmental issues the children have are far worse than the physical toll. 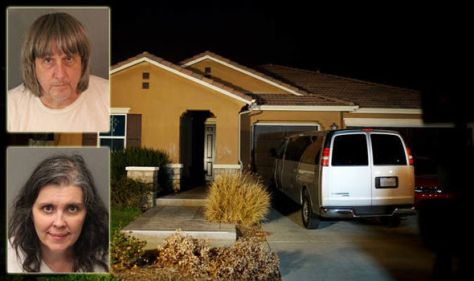 When they were discovered most did not know what a police officer was, or what a pill was when they were asked if they had ever received medication. The malnourishment was just apart of their torture, they were only permitted to shower once a year, and eat once a day, from the cans found around the house their diets were mostly vienna sausages.The children said that their parents would leave sweets out on the counter and not permit the children to eat them, in fact the dogs were more healthy than the children were. They rarely left the home as they were home schooled and were forced to sleep during the day and learn during the night, typically going to bed at around 4 or 5 a.m.

The home was found in absolute dismay, diapers left everywhere, chains with locks that were hooked to beds which were used to punish the children when they misbehaved. “Misbehavior” would include washing their hands above the wrists and more punishments like strangulation and beatings were not unfamiliar in the Turpin household. The years of neglect have caused the children to have permanent cognitive and nerve damage. The children are now in care under carefully selected specialists were day in and day out they are being looked after.