Toward the end of third quarter, QB Carson Wentz left the field with a left knee injury against the Los Angeles Rams.

Nick Foles came in as the back up and helped the Eagles to their 11th win on the season. When Wentz left the game, no one knew for sure what the injury was until Monday when it was announced that he had torn his ACL in his left knee.

How did the injury happen? Carson Wentz scrambled to the right for a touchdown but was hit on both sides of his knee. The touchdown was called back because of a holding penalty. Wentz stayed in the game after the hit. He handed the ball off twice and on fourth down, threw a 2 yard touchdown to Alshon Jeffery. Wentz hardly moved his feet during this fourth down play. 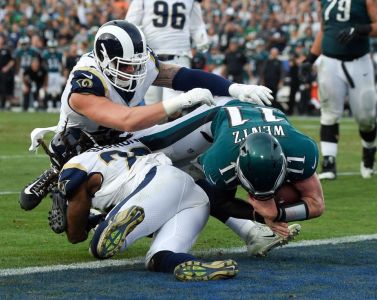 The Philadelphia Eagles now have that “next man up” mentality. How will they finish the season?