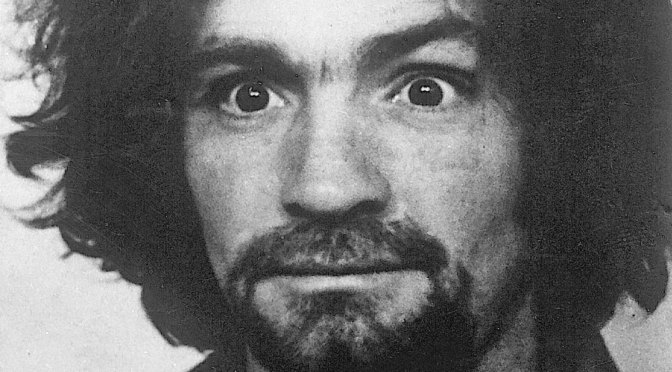 You’ve probably heard the name Charles Manson before. It’s a name synonymous with insanity and lunacy. After spending over four decades in prison one of America’s most notorious criminals has now passed away at the age of 83.

But who was Charles Manson? In short he was a manipulative cult leader who held a very quirky and odd personality. He held the belief of an impending race war between blacks and whites that would arise from building racial tensions in the 60s. He felt that the Beatles were speaking to him with their music, and titled his predictions after their hit song “Helter Skelter.” To summarize his cult’s plan, while a racial war was going on, him and his crew would be in hiding in a discreet location tucked away under Death Valley, California. When the apocalypse was over and all whites in the world were exterminated, the Manson Family would rise up to meet the now “satisfied” blacks, who he felt were not capable of leading the world. Finally, he would rise up and become the ruler of all people.

Manson was very charismatic. He was able to manipulate and brainwash his followers, and he used this to his advantage. He organized with his cult how to spark the Helter Skelter, which is what gave us what is now commonly referred to as “The Manson Murders.” On August 9th, 1969, followers of Manson entered the home of famous actress Sharon Tate and murdered her with five others, including her unborn child. Tate was eight and a half months pregnant, and allegedly cried for her mother before she was stabbed 16 times. Manson had asked them to “leave a sign” and so one of his followers smeared the word ‘pig’ on the home’s front door in Tate’s blood. There was another attack shortly after which took the lives of two more.

After being arrested, Charles Manson was soon convicted on seven different counts of first-degree murder. Though he didn’t technically kill anyone, he orchestrated the murder/attacks and committed murder by proxy. He was sentenced to the death penalty, but it was commuted down to life in prison after the death penalty was concurrently abolished in the state of California. He spent 46 years in prison, and Manson was denied parole 12 times in a row. His next hearing would have been in 2027, when the charismatic cult leader would have been 92.

Charles Manson has had a state of declining health for quite some time now. Earlier in the year, Manson was rushed to Mercy Hospital, and was treated for gastrointestinal bleeding. A trusted source stated he was “seriously ill” and according to TMZ, his doctors stated that he was too weak for surgery. He was sent back to serve his prison sentence less than a week later. More recently, on November 12th, he was sent to a local hospital in Bakersfield, California. A trusted source once again mentioned “It’s not going to get any better for him… It’s just a matter of time.” He then died of natural causes while in the hospital about four days later, on the 19th. His death was exactly one week after his 83rd birthday.

Famous film director Quentin Tarantino has begun working on a new film, which is set in Los Angeles during the late 60s. Initially, it was reported that the new movie would focus on Manson specifically, alongside the murders. However, the Tarantino himself has recently mentioned “It’s not Charles Manson, it’s 1969.” So instead of highlighting the Manson Family, the murders of Sharon Tate and others by the cult will supposedly be a backdrop to the main plot. Currently referred to as “#9” as it’s the director’s ninth feature film, the new project is set for a 2019 release.