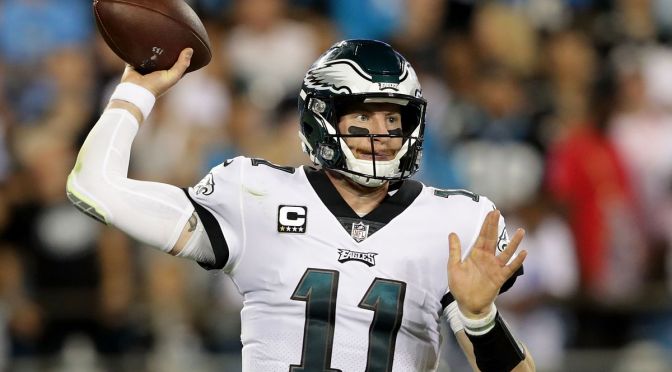 There’s no for sure winner of the NFL MVP yet this year. However, Tom Brady and Carson Wentz are the clear favorites to win but neither has a large lead on the rest of the field. 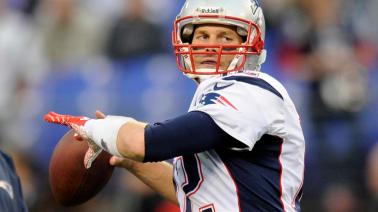 Tom Brady is an annual consideration for this award for simply just playing the football he plays. He is still playing at the age of 40 and not allowing his play to falter. He is completing 68.7% of his passes and has thrown 22 touchdowns with only 2 interceptions. As of right now, Tom Brady is on pace for 5,000 passing yards. Tom Brady has led his team to a 8-2 record even with a short of stellar defense. 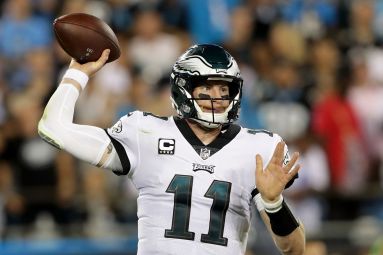 With the Peyton Manning-Tom Brady-Drew Brees era coming to a close, the league has been looking for the future of great passers. In only his second NFL season, Carson Wentz has brought a team that has struggled over the past few years to the league leading 9-1 record. Wentz has thrown 25 touchdowns with only 5 interceptions. He is on pace to throw for nearly 4,000 yards. Carson Wentz is leading the league in passing touchdowns by three touchdowns to Tom Brady. Philadelphia is ranked third in the league for completing third down conversions at 45.71% of the time.

After Tom Brady and Carson Wentz, in comes Alex Smith. He is on pace to throw for nearly 4,000 yards. As of right now Alex Smith has thrown 18 touchdowns and only 3 interceptions. All the credit that Chiefs’ head coach Andy Reid has received for the upbringing of the offense is taking away from Alex Smith’s chances of taking home the MVP.

One of the main running backs in the hunt for the MVP is Steelers’ Le’Veon Bell. He is on pace for nearly 1,900 total yards and 8 rushing touchdowns. He accounts for 32.5% of the Steelers’ yards which is the highest amount by a running back right ahead of Kansas City’s Kareem Hunt. 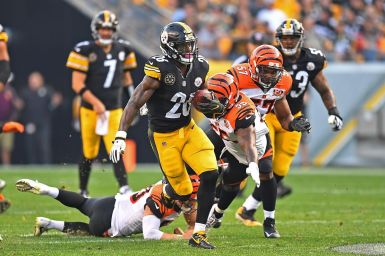 Kareem Hunt contributes to 31.3% of Kansas City’s total yards. The hype of Kareem Hunt has quieted after his amazing start that included four 100 yard games out of his first five. The factors that contribute to him winning the MVP could apply to other candidates over the course of the season. If Kareem Hunt can get back into his old ways then he will be a legitimate contender for the MVP.

Another candidate for the MVP is LA Rams, Todd Gurley II. He has 11 total touchdowns which is 35% of their total touchdowns. Gurley also is tied for second most receptions on the team and is likely to remain second or even go up to first in receptions.

Who do you think will win NFL MVP?