At the age of 2 Montana Brown was diagnosed with cancer of the connective tissue- Rhabdomyosarcoma, and then once again when she was 15. She came back to the hospital she was treated at and is giving back to the cause 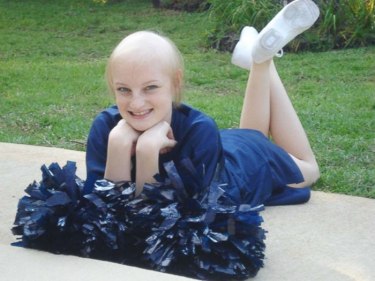 She remembers trying out for the high school cheer team her freshman year, she was symptom free and felt fine running a mile, her parents however noticed something was off where Montana didn’t. In order to fight back against the disease she went under chemotherapy at the the Aflac center where the staff contributed a huge part in supporting her family during her treatment.

Brown was so inspired by the incredible nurses who worked with her that she became a pediatric oncology nurse, and September 18th she began work at the same hospital she received treatment at. “”The nurses here, as great as they were when I was two — from what my mom says — they were extremely loving and caring and compassionate,” she told ABC News. “And, just the love they showed me and my family in our time of need just really helped me. It helped me want to become as kind and as caring and as compassionate as they were for me.”

She posted on Facebook that working at Children’s Healthcare of Atlanta was her wildest dream, “Never in a million years did I think that at the age of 24 I would have achieved my biggest and wildest dream – to work at the hospital I was treated at as child/teenager.” Brown’s Facebook post was shared by the hospital and it was pointed out then that she started working during September, childhood cancer awareness month. “It’s amazing and crazy and awesome and I’m so excited to work for such an inspirational organization. Brown’s story has been a source of inspiration for children with cancer and their families in times of trouble.